I speak your language...

... I’ve grown to understand and relate to your case through my very diverse life experiences. I grew up in a small steel town, in a family of a steel mill engineer and a metallurgical chemist. The decline of the steel industry and the closure of the steel plant had a devastating effect on my family. Both of my parent struggled to find jobs in the new manufacture-less era. Although my family was able to make the necessary adjustment (my mom became a high school science teacher and my dad found a job with a local utility company) we were affected detrimentally by the shift in the global economic trends.  However, many steel workers were never able to find new well-paying jobs and had to rely on public assistance programs and bankruptcy laws. Several years later, while working in the Automotive and Transportation industries, I witnessed firsthand the destruction rendered upon the economy by the 2008-09 financial crisis. Many businesses of any scale from “mom and pop” shops to nationwide giants were collapsing, including dealerships, trucking companies, retailers, manufactures pooling down a wide range of related counterparts. Thousands of people lost their houses and lifetime savings, and ended up jobless, without any meaningful source of income. The housing market crashed and foreclosed properties were selling for only a fraction of their value.  I’ve learned that at times people need a hand to stand up to their challenges. Fortunately, the legal system provides some protection for people in need and I can help you to take advantage of these valuable opportunities.

I have graduated from the University of Akron, School of Law with a Jurist Doctor (JD) degree, concentrated in corporate, business and personal distressed assets and LL.M. in Intellectual Property. I have also Graduated with the LL.M. in Taxation from Villanova University, Charles Widger School of Law.

During the doctorate program, I have developed a substantial research agenda in various fields of legal studies. My Intellectual Property research was dedicated to the issue of bettering the unification of the states’ Trade Secret laws and adapting them to the new industrial and corporate environment and obligations under a variety of international agreements, treaties, and protocols. As the result of my research, I produced and successfully defended the Thesis where I argued for a Federal Trade Secret legislation to replace the deviating and non-compliant Tort Trade Secrets states’ laws. Beyond the Intellectual Property subjects, I have conducted the research and produced the article discussing the U.S. Banking System, Basel International Accords, and the forthcoming changes to the country’s regulations in light of the newest Basel III Accord’s requirements. Further, I wrote the paper discussing the effects and consequences of the absence of meaningful international environmental agreements regulating intercontinental transactions of recyclables and post-consumer materials.

While in Law School, I clerked for the County of Summit, Ohio, Department of Law and Insurance.  Prior to becoming an attorney, I worked as a credit underwriter, programmer/analyst, and, later in my career, managed small automotive, transportation and IT businesses. The general business experience is very closely correlated with my professional legal interests and expertise.

Before moving to the greater Philadelphia area in May’16, I was establishing my solo practice with concentration in Consumer Bankruptcy, Immigration, Fair Credit Reporting Act issues, and Lemon Law in Winston-Salem, North Carolina.

In my spare time, I enjoy outdoors activities with my wife and children. I like bicycling, fishing, kayaking and riding motorcycles. I am active in volunteering with the local bar associations and non-profit organizations. 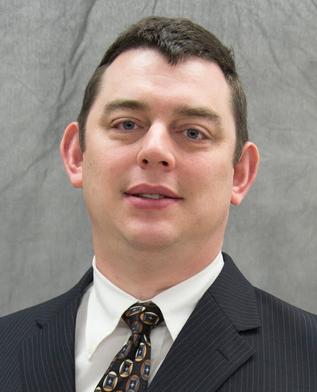 Thesis on Trade Secret Law and Policy.  “A federalization of civil trade secret laws with a private right of action could solve many of the current domestic trade secret issues and bring the country in full compliance with TRIPS and NAFTA.” The University of Akron (2013).

Research Paper on International Law. “Complications of plastics’ and other materials’ recycling in the international trade.” The University of Akron (2013).

Research Paper on Banking Law and Regulations. “Post-recession changes to the U.S. banking regulations in light of the newest Basel III Accord’s requirement.” The University of Akron (2014).